Time present and time past

Are both perhaps present in time future,

And time future contained in time past.

– T.S. Eliot, (passage from the poem Burnt Norton).
No comments:

Oaks Park Pentimento captures the blurring of past and present, a moment when two generations of paintings collided to create remarkable new images.

Over two days in 1982, Jim Lommasson photographed the strange and beautiful paintings that decorated the center column of the historic carousel at Oaks Amusement Park in Portland, Oregon. The original carousel images—painted by German and Italian immigrants around 1912—were an exotic assortment of Edwardian pastoral scenes featuring western explorers, Native Americans, an Arab riding a camel, and idealized women. When these paintings began to show signs of wear in the 1940s, two itinerant artists—brothers from Vashon Island, Washington—were hired to paint over the eighteen panels with depictions of such local landmarks as the Columbia River Highway, Mount Hood, Multnomah Falls, and scenes from the Oregon coast. Eventually, the surfaces of these new paintings also began to flake and fade, revealing parts of the original images in unusual and unexpected ways. The resulting double exposures or “pentimentos” included a ghostly sailboat gliding through a forest, an Indian chief looming over the Columbia River Gorge, and a parasoled woman with the road to Crown Point emerging from her loins. Each new image created a completely accidental, even surreal, story about the juxtaposition of two generations of paintings. Just three years after Jim Lommasson captured these images on film, the original paintings were restored and the mysterious double exposures disappeared under yet another layer of paint. Oaks Park Pentimento preserves these haunting photographs and also includes an appreciation by art historian Prudence Roberts and a look at Oaks Park, past and present, by journalist Inara Verzemnieks.
No comments:

“This lovely book focuses on the ornamental panels of an antique carousel as portals for meditation on the flickering meld of past and present. Jim Lommasson’s exquisite photographs of the twice-painted, much-damaged panels capture the surreal beauty of the original images emerging from and blending with the dissolving landscapes that covered them. The images are rich, intriguing, and poignant. They picture decay as its own vibrant form of life. The three essays that surround and contemplate the images add layer after layer of beautifully voiced history and meaning. The origins of carousels, the identity of the eccentric brothers who painted the second layer, and the shifts in culture that this particular carousel has survived, all add dimension to the images themselves. Oaks Park Pentimento is a timeless treasure about time.”
—Katherine Dunn

Jim Lommasson is the recipient of the Dorothea Lange-Paul Taylor Prize from The Center of Documentary Studies at Duke University and author of the critically acclaimed book Shadow Boxers: Sweat, Sacrifice, and the Will to Survive in American Boxing Gyms. An exhibit of his Oaks Park photographs was held at the Portland Art Museum in 2007. Lommasson is a recipient of regional and national awards with work in numerous collections. Jim lives in Portland, Oregon.

Inara Verzemnieks has been a staff writer at The Oregonian since 1997. In 2007, she was named a finalist for the Pulitzer Prize in feature writing.

Prudence Roberts is an art historian and curator specializing in Pacific Northwest art. She is the former curator of American art at the Portland Art Museum and now teaches at Portland Community College. She lives just a few miles from Oaks Park. 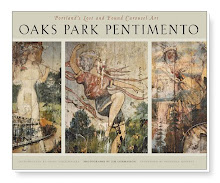 Jim Lommasson
Jim Lommasson is a freelance photographer and author living in Portland, OR. Lommasson received the Dorothea Lange–Paul Taylor Prize from The Center for Documentary Studies at Duke University for his first book, Shadow Boxers: Sweat, Sacrifice and The Will To Survive In American Boxing Gyms. Lommasson's book Exit Wounds: Soldiers’ Stories – Life After Iraq and Afghanistan and traveling exhibition is about American Veterans from the Iraq and Afghanistan Wars, and their lives after their return from war. Exit Wounds includes Lommasson’s photographs, interviews and photographs by the participants. He is an Oregon Humanities Conversation Project Grant recipient for his public discussion "Life after War." Lommasson was awarded a Regional Arts and Culture Council Grant for What We Carried: Fragments from the Cradle of Civilization. What We Carried is an ongoing collaborative storytelling project with displaced Iraqi and Syrian refugees. What We Carried will be exhibited at The Ellis Island National Museum of Immigration, 5/28/19–9/3/2019. Stories of Survival: Object. Image. Memory. about Holocaust and genocide survivors is on view at The Illinois Holocaust Museum 7/19/18–1/13/2019.